British Standards are the standards produced by BSI Group which is incorporated under a Royal Charter (and which is formally designated as the National Standards Body (NSB) for the UK). The BSI Group produces British Standards under the authority of the Charter, which lays down as one of the BSI’s objectives to:

Formally, as per the 2002 Memorandum of Understanding between the BSI and the United Kingdom Government, British Standards are defined as:

« British Standards » means formal consensus standards as set out in BS 0-1 paragraph 3.2 and based upon the principles of standardisation recognised inter alia in European standardisation policy.

Products and services which BSI certifies as having met the requirements of specific standards within designated schemes are awarded the Kitemark.

How British Standards are made

The BSI Group as a whole does not produce British Standards, as standards work within the BSI is decentralized. The governing Board of BSI establishes a Standards Board. The Standards Board does little apart from setting up Sector Boards (a Sector in BSI parlance being a field of standardization such as ICT, Quality, Agriculture, Manufacturing, or Fire). Each Sector Board in turn constitutes several Technical Committees. It is the Technical Committees that, formally, approve a British Standard, which is then presented to the Secretary of the supervisory Sector Board for endorsement of the fact that the Technical Committee has indeed completed a task for which it was constituted.

The standards produced are titled British Standard XXXX[-P]:YYYY where XXXX is the number of the standard, P is the number of the part of the standard (where the standard is split into multiple parts) and YYYY is the year in which the standard came into effect.BSI Group currently has over 27,000 active standards. Products are commonly specified as meeting a particular British Standard, and in general this can be done without any certification or independent testing. The standard simply provides a shorthand way of claiming that certain specifications are met, while encouraging manufacturers to adhere to a common method for such a specification.

The Kitemark can be used to indicate certification by BSI, but only where a Kitemark scheme has been set up around a particular standard. It is mainly applicable to safety and quality management standards. There is a common misunderstanding that Kitemarks are necessary to prove compliance with any BS standard, but in general it is neither desirable nor possible that every standard be ‘policed’ in this way.

Following the move on harmonisation of the standard in Europe, some British Standards are gradually superseded or replaced by the relevant European Standards (EN).

Standards are continuously reviewed and developed and are periodically allocated one or more of the following status keywords. 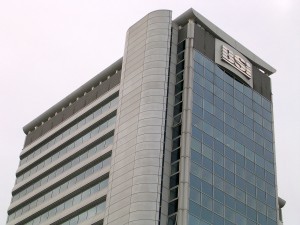 BSI Group began in 1901 as the Engineering Standards Committee, led by James Mansergh, to standardise the number and type of steel sections, in order to make British manufacturers more efficient and competitive.

Over time the standards developed to cover many aspects of tangible engineering, and then engineering methodologies including quality systems, safety and security.

PAS documents are a flexible and rapid standards development model that is open to all organizations. A PAS is a sponsored piece of work allowing organizations flexibility in the rapid creation of a standard while also allowing for a greater degree of control over the document’s development. A typical development time frame for a PAS is around 6–9 months. Once published by BSI a PAS has all the functionality of a British Standard for the purposes of creating schemes such as management systems and product benchmarks as well as codes of practice. A PAS is a living document and after two years the document will be reviewed and a decision made with the client as to whether or not this should be taken forward to become a formal British standard. The term PAS was originally an acronym derived from « product approval specification », a name which was subsequently changed to “publicly available specification”. However, according to BSI, not all PAS documents are structured as specifications and the term is now sufficiently well established not to require any further amplification.

Copies of British Standards are sold at the BSI Online Shop or can be accessed via subscription to British Standards Online (BSOL). They can also be ordered via the publishing units of many other national standards bodies (ANSI, DIN, etc.) and from several specialized suppliers of technical specifications.

British Standards, including European and International adoptions are available in many university and public libraries that subscribe to the BSOL platform. Librarians and lecturers at UK-based subscribing universities have full access rights to the collection while students can copy/paste and print but not download a standard. Up to 10% of the content of a standard can be copy/pasted for personal or internal use and up to 5% of the collection made available as a paper or electronic reference collection at the subscribing university. Because of their reference material status standards are not available for interlibrary loan. Public Library users in the UK may have access to BSOL on a view-only basis if their library service subscribes to the BSOL platform. Users may also be able to access the collection remotely if they have a valid library card and the library offers secure access to its resources.

The BSI Knowledge Centre in Chiswick can be contacted directly about viewing standards in their Members’ Reading Room.